A smart band that uses sensor technology to keep young people safe while out partying.

Vive is a smart wearable concept with integrated sensors that monitor the wearer’s biometrics related to alcohol consumption and keeps them synced up to their designated party group, so friends know if something’s wrong. It is designed to be desirable to young people, while keeping them safe and connected as they party. Vive amplifies existing social networks, making sure individuals don’t get separated from their group. When things get out of control, Vive makes sure a user is not alone. 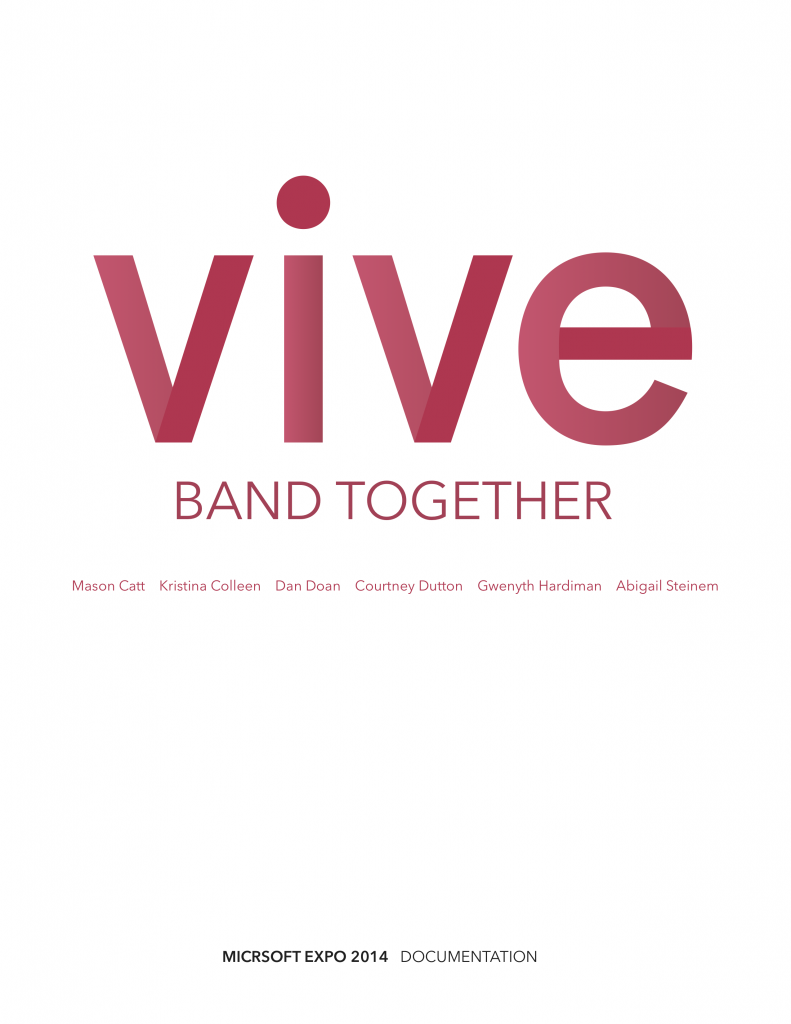 This project was produced in response to the prompt “What would you design in a world with a billion sensors?”. It is a culmination of 10 weeks of research, iteration, designing, and collaboration. Upon being chosen to be presented at the Microsoft Design Expo 2014, the team worked to enhance the project and presentation for the larger stage.

Vive was presented at the Microsoft Research Faculty Summit as a part of Design Expo 2014. We were very excited and honored to be able to represent the University of Washington, as well as the United States, among 9 top interaction design programs from Brazil, Israel, Denmark and the United Kingdom.

After presenting at Microsoft Design Expo, Vive and our team were awarded the “Best New Product” and received attention from around the world for how it could truly intervene in the serious and sensitive problem space of sexual assault in society.